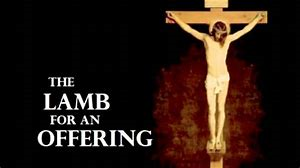 The relationship between the old and new covenants of the Holy Scriptures have perplexed many theologians over the last 2000 years. Some bible scholars believe the old and new covenants represent two separate plans of salvation. Others have a difficult time separating the mosaic laws from the original covenant God made with Adam and Eve. In reality, there is only one major difference between the original covenant and the covenant given to us by Christ after the cross.

Here are some points to ponder concerning the simple and yet profound relationship between the old and new covenants:

1. There is only one plan of salvation provided to human beings.
2. The original covenant began with Adam and Eve and looked forward to what Christ would accomplish, while the new covenant looks back on what Christ has accomplished.
3. All human beings are saved because of the blood that Christ shed on the cross. If Christ had not been the once for all sacrifice for sin then every human being would be doomed to eternal destruction.
4. The laws given to Moses for the nation of Israel were only binding on those living within the borders of Israel and did not add or subtract from the original covenant. The Moral Law of God, the 10 Commandments, was written by the finger of God and summarizes the eternal law for the human race that was violated in the Garden of Eden and for which Christ died.

These four points are evidence that every human being who is saved will be saved by grace alone through the atoning blood of Jesus. The same blood that was shed for us who live under the new covenant saves those who lived before Christ under the original covenant.

The major difference between the covenants is the original covenant promised a future messiah who would save His people from sin, while the new covenant fulfills that promise and identifies Jesus as the divine son of God who shed His blood as the once for all sacrifice for all people, for all time, and for all sin (Hebrews 10:1-18).

The notion that those who lived before the cross were saved by law and that New Testaments Christians are saved by grace is false. There is only one plan of salvation for all humanity—the blood of Christ that was shed once for all.

2 thoughts on “The Once for All Covenant”