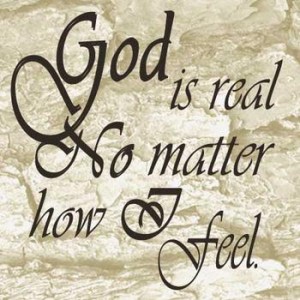 God is not a philosophical idea or an educated hypothesis. God is ultimate reality. Christians who doubt the reality of God cannot possess genuine faith. Theists do not merely have faith in the existence of God; we accept the existence of the supernatural world as fact. Our belief in God is not based on probabilities or wagers, but in real history–God has revealed Himself to us in time and space.

The focus of our faith is not in the existence of God, but in the trustworthiness of His divine love. We have faith that Jesus is coming again to take the righteous to live with Him for eternity. We place our life in His hands for grace and peace. We trust His wisdom to guide us and to help us endure the tribulations of our current existence.

Ellen White, in the book Gospel Workers, stressed the importance of focusing on the reality of the truth about God: “The subjects which we present to the world must be to us a living reality” (2015, p. 299).

She also exemplifies this point by telling the following story:

“On a certain occasion, when Betterton, the celebrated actor, was dining with Dr. Sheldon, Archbishop of Canterbury, the Archbishop said to him, ‘Pray, Mr. Betterton, tell me why it is that you actors affect your audiences so powerfully by speaking of things imaginary.’ ‘My lord,’ replied Betterton, ‘with due submission to Your Grace, permit me to say that the reason is plain; it all lies in the power of enthusiasm. We on the stage speak of things imaginary as if they were real; and you in the pulpit speak of things real as if they were imaginary.'”– Counsels to Teachers, p. 255. (1913)

There is no room for doubting the existence of God in the 21st Century. Modern Christians need to spend more time contemplating the reality of God in an age where a constant barrage of fictional drama and philosophical speculation has become the cultural norm.

One day we will see Jesus face to face as we sit next to Him on His throne in the heavenly kingdom. Until then we wait, we dwell on the reality of God, and we pray that God continues to makes His presence known in a world where everything seems to be a matter of opinion.

The reality of God is not theory–God is a fact. Let us honor Him by acknowledging the reality of His presence in our daily lives. 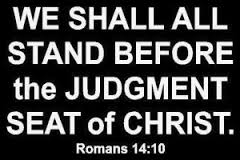 In my last article, The Investigative Judgment, I stated that it pays to have an open mind concerning the actual meaning of the 2300 days prophecy. I can see the value of the 2300 days prophecy when it comes to predicting the first advent of Jesus Christ, but the significance of the year 1844 leaves many unanswered questions in my mind. But the main point of the article was to focus on the meaning of the judgment in relation to the gospel of Jesus Christ. The point of all scripture is to make us wise unto salvation.

“But continue thou in the things which thou hast learned and hast been assured of, knowing of whom thou hast learned them; And that from a child thou hast known the holy scriptures, which are able to make thee wise unto salvation through faith which is in Christ Jesus” (2 Timothy 3:14-14, KJV).

Many Adventists believe that the sanctuary message, along with the day of atonement (judgment) represent the core message of Adventism. This is correct only if the doctrine is interpreted in the light of the free gift of salvation that is guaranteed to those who trust in the merits of our crucified savior–Jesus Christ. I also said that gospel Adventism takes nothing away from the traditional doctrines of Adventism, rather the gospel gives them life and meaning apart from the fear based focus on perfectionism.

The sanctuary message represents the entire plan of salvation including the day of judgment. To be certain, All of Christendom agrees that Christians face a future day of judgment:

“For we must all appear before the judgment seat of Christ; that every one may receive the things done in his body, according to that he hath done, whether it be good or bad” (2 Corinthians 5:10, KJV).

The doctrine of judgment points us directly to the need to be justified by the person and work of Jesus Christ. Without the judgment, there is no need for the plan of salvation and the gospel of Jesus Christ. Genuine Christians look to the judgment with confidence that they already have the final verdict–“Righteous by Faith in the Blood of Jesus”.

Jesus said clearly: “Verily, verily, I say unto you, He that heareth my word, and believeth on him that sent me, hath everlasting life, and shall not come into condemnation; but is passed from death unto life” (John 5: 24, KJV).