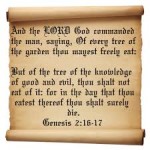 “God, the blessed and only Ruler, the King of kings and Lord of lords, who alone is immortal and who lives in unapproachable light, whom no one has seen or can see. To him be honor and might forever. Amen.” ~1 Timothy 6:15-16, NIV

One of the reasons that Christians believe that God tortures people in a place called Hell for eternity is that they believe in the immortality of the human soul. In this view, a person must choose between eternal bliss in heaven or eternal torment in a fiery pit of hell, because it is impossible to destroy a human soul. But this concept is a pagan Greek philosophy that crept into Christianity primarily due to the influence of Plato and Socrates.

This idea of the immortality of the soul was not taught by Jesus or any of the Apostles and is a direct contradiction of the word of God that clearly says ONLY GOD IS IMMORTAL (1 Timothy 6:15-16).

Since only God is immortal then He holds the power of life and death over all of His creation. If God says through His prophet Ezekiel “The soul that sinneth, it shall die” then it means that God will destroy the human soul that lives in rebellion against Him (Ezekial 18:20, KJV).

Of course this is a “hot topic” within Christianity, as the doctrine of an eternal hell has been the popular view for over 1500 years. But this is largely due to tradition and a misunderstanding of the difference between eternal punishing and eternal punishment. It is a tradition that is not biblical.

The point of this message is not to go into a full study on eternal torment, but to simply point out that the underlying premise of the immortality of the human soul is not taught anywhere in the word of God. God creates life and God can destroy life.

Only God is Immortal.