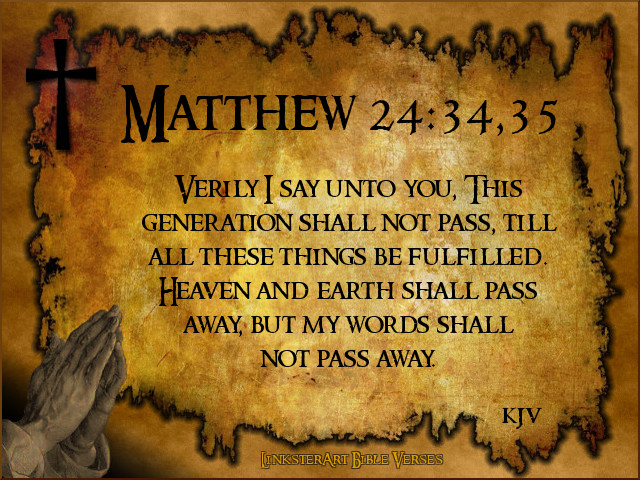 Betrand Russell, a famous Atheist in his day, wrote in his book “Why I am Not a Christian” that Jesus misled the disciples, because He told them that His second coming would happen within their generation.

In response to the disciples asking about His second coming, after giving a few signs to look for Jesus replied, “Truly I tell you, this generation will certainly not pass away until all these things have happened” (Matthew 24: 34, NIV). Obviously, we are living 2000 years after Christ made this prediction, so did Jesus make a false prediction as Russell claimed?

Many scholarly critics have used this verse to deny the divinity of Christ, and others have sought ways to reconcile what Jesus said by claiming all of Christ’s predictions foretold the destruction of Jerusalem in 70 A.D. The latter group is half-right in that Jesus did predict that Jerusalem would be destroyed at the end of a literal period of time, but they are wrong to suggest Christ did not also give signs to the second-coming and the end of the world.

Jesus was referring to the final generation, when he foretold, “this generation will not pass away until all these things have happened.” The generation that sees ALL of the signs of His second coming is the generation that will see the return of Jesus Christ. However, He also correctly predicted that HIS generation would witness the destruction of Jerusalem: “Truly I tell you, all this will come on this generation” (Matthew 23:36).

Jesus predicted the destruction of Jerusalem and the end of the world almost in the same breath. The disciples assumed that Christ would return immediately after the destruction of the temple, but Christ warned that He did not know exactly when He would return. However, the generation to witness all of the signs of the second coming would be alive to see Him return in glory.

Jesus correctly predicted the destruction of Jerusalem within His generation, and the church is still awaiting His return 2000 years later. If Christ was right about the fall of Jerusalem, which occured exactly as He predicted, then there is no reason to doubt His second coming.